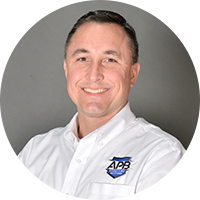 In March of 2004, Todd was accepted into the Lexington Police Academy. Upon graduating from the academy, Officer Phillips quickly identified his passion for combating criminal street gangs.  Todd began focusing his individual efforts on gang members committing crimes in his beat. By 2006, Todd was awarded a new position within his agency in a pro-active policing unit and within a few months of being selected to the unit, was named his agency’s first Gang Resource Officer. From 2006 to 2011 Todd was involved in the collection of intelligence on gangs and started by documenting his street contacts on field interviews. During this timeframe Todd was involved in hundreds of arrests on gang members and collected intel that assisted in hundreds of cases.​

In November 2011, Todd was promoted to the position of Sergeant and by the first quarter of 2012, Todd had been reassigned back to the pro-active policing unit where he was named the Sergeant over the Gang Resource program.  As the Sergeant, Todd built off of the progress he had previously made, and worked closely with the Intelligence unit to build the department’s criminal gang database.  He also worked to develop each of the Gang Resource Officers into court experts so they could strengthen their ability to testify on matters related to gang members involved in crime. This involved the development of a gang validation process, and established recognized “best practices” surrounding presenting evidence related to gang member validations. As a result of the work performed by Todd and his Officers, his agency created their first ever full time Gang Unit where Todd still serves as a Sergeant to date.

Todd has experience in drafting policy and legislation that focuses on community safety.  He has been a part of authoring multiple responses to gang crimes within his policing agency since he began working as a gang investigator.  In 2018, Todd worked closely with F.O.P. / APB President Jason Rothermund and Kentucky Representative Robert Benvenuti to successfully introduce legislation that addressed gang related crime.  The bill was successfully passed and signed into law.

Todd is working on his second decade of proven, firsthand experience in dealing directly with gang involved crime. Todd’s mission on learning about and combatting gang crimes continues today driving his passion to pass what he learns with his experiences onto students in training through the courses he develops with his partners in APB Consulting Solutions.