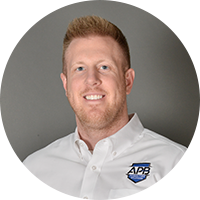 Jason Rothermund is a 13-year veteran of the Lexington Police Department. Prior to joining the LPD in 2005, Jason was employed as a Corrections Officer with the Fayette County Detention Center. After graduating from the training academy and completing the Field Training Officer Program, Jason was assigned as a Patrol Officer on third shift. While on patrol, he was assigned to various assignments with the Major Violators Unit and the Residential Burglary Unit. He also served as the Property Crimes Liaison to the Central Sector Patrol.

After approximately 6 years on patrol, Jason was assigned as a detective to the Bureau of Investigation, and served in various units such as the Residential Burglary Unit, Commercial Burglary Unit, Auto Theft and the Personal Crimes Section, where he coordinated the Bluegrass Crime Stoppers Program. In December of 2015, Jason was promoted to the rank of Sergeant, and returned to patrol. In 2016, Sergeant Rothermund was transferred to the Bureau of Special Operations, C.L.E.A.R. Unit, which proactively addresses areas of concern within the community.

While employed with the Lexington Police Department, Jason has continuously strived to seek out opportunities for career advancement, and continuing education. During his tenure at LPD, Jason has been awarded four Commanders Letters, the Medal of Merit, and three Professional Service Awards. In 2012, Jason was awarded the Member of the Year award by the Fraternal Order of Police, Bluegrass Lodge 4, and in 2013, he was elected as President of the Fraternal Order of Police, Bluegrass Lodge 4 where he still continues to serve today.

In his role as President of Bluegrass Lodge 4, Jason has worked to establish a strong network within the community by promoting a professional, business type approach in his various endeavors, including his role as Chief Negotiator on behalf of active officers of the LPD during two labor contract negotiations. During both negotiations, contracts were successfully negotiated that established improved working conditions, as well as salary increases for all members across the length of both contracts.

Jason has also been active politically, including consulting on various pieces of legislation pertaining to law enforcement in the Kentucky State Legislature. As the founder of APB Consulting Solutions, Jason currently serves as the President, and CEO.